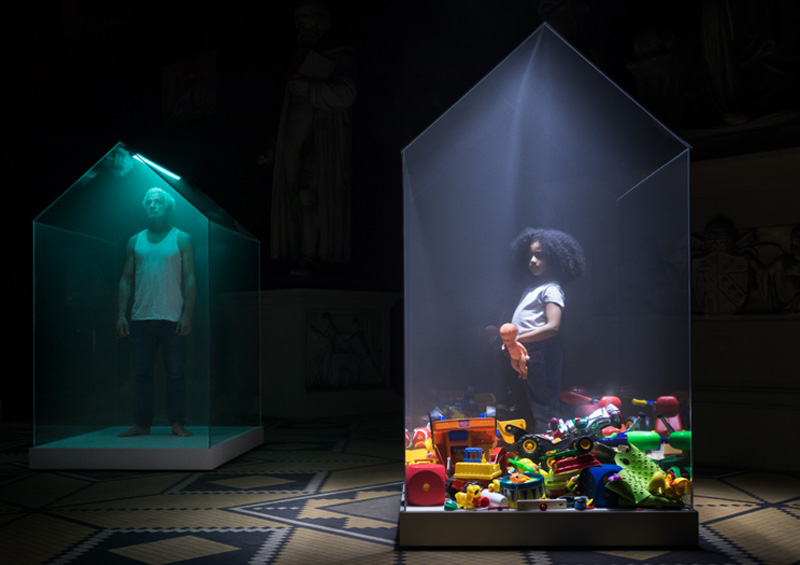 Living in damp and mouldy homes increases our chance of asthma by 40% and unless we act now we risk endangering our health as a result.

A new 24/7 indoor generation is unaware that the air inside our homes and public buildings can be more polluted than outside, with the vast majority of people (77%) believing indoor air is just as polluted or cleaner than that found outside. In fact, it can be up to five times more polluted.

The VELUX Group has unveiled the results of The Indoor Generation report – a survey across 14 countries that found an overwhelming misconception about the impact on our health caused by spending too much time indoors, especially on children, whose bedrooms can be the most polluted room in the house.

The Indoor Generation refers to a growing number of people who spend the vast majority of their time indoors – currently 90 per cent of their lives – compared to previous generations.

Dr Hilary Jones GP & Health Broadcaster said: “The rapid change in our lifestyle from spending large amounts of time outdoors for work or relaxation to becoming an Indoor Generation carries with it several risks, not least when it comes to health in dark, poorly ventilated homes.

“Poor ventilation can lead to damp or mould in the home, and can trigger asthmatic symptoms – and it is worrying that the most polluted rooms tend to be the children’s – with asthma more common in younger people.

Equally we must make sure that we’re getting the light exposure that we need in order to protect our immune systems. Many of us do not realise that lack of light can affect our sleep patterns and in turn increase our risk of health problems such as diabetes, heart disease and depression.

We don’t want to alarm people – instead we want them to be aware of the impact our lifestyle choices are making and help them to make simple changes for the better. There are small steps to make the air inside your home or office healthier, such as opening windows to allow fresh air in, particularly when bathing or cooking and cleaning regularly to keep allergens – such as dust mites – in check.

And when it comes to daylight – the best tonic is to get outside and expose ourselves to natural daylight on a daily basis, if this isn’t possible then try to sit by the window when indoors. Not only will this lift your mood but it will also help you to sleep better, which leads to enhanced concentration and improved general health and immunity.”

Everyday home life activities, such as cooking, cleaning, showering, lighting candles, air drying clothes indoors and even sleeping and breathing, all contribute to polluted indoor air, which over time can lead to mould and damp homes, increasing our risk of developing respiratory diseases such as asthma and chronic obstructive pulmonary disease (COPD).

Pollutants present in everyday household objects are releasing toxins into our homes – detergents and the plastic toys that we give our children to play with, as well as building materials, are just some of the items which can actually worsen our indoor air quality.

It’s believed more children will suffer from asthma or allergies unless homes and public buildings are better ventilated, and the chances of being diagnosed with asthma increase by 40% if you spend too much time in damp, mouldy buildings.

“From the year 1800 to 2000, we’ve gone from 90% of people working outside to less than 20%. In a very short space of time, we’ve gone from being an outdoor species to spending most of our time in dim, dark caves.”

Dr Russell Foster, Head of the Nuffield Laboratory of Ophthalmology and the Sleep and Circadian Neuroscience Institute, University of Oxford

77% are unaware indoor air is more polluted than outside

The survey also found a significant disconnect between how people think we live our lives and the way we actually do, with only 18 per cent of people saying they spend 21 hours or more inside. But the actual figure is far more worrying, with previous research discovering a new ‘indoor generation’ who spend about 90 per cent of their time – and often in dark, poorly ventilated and unhealthy buildings.

“We are increasingly turning into a generation of indoor people where the only time we get daylight and fresh air mid-week is on the commute to work or school. Modern life can often involve an early start to the day, race to work where we spend eight to ten hours inside an office and then straight home, or sometimes making a stop off for groceries or for a quick workout inside a damp and sweaty fitness centre.

What was interesting about the findings in our report was the gap between people’s perception and reality when it came to understanding that indoor air can be up to five times more polluted than outside – but 62% of Brits are unaware of this, according to a YouGov survey.

When people are asked about air pollution they tend to think of living near big factories or busy urban areas with high levels of car emissions. It uncovers a need for further awareness and education about the impact our indoor living habits are having on our body and mind in terms of health and wellbeing.”

VELUX has launched a short film “The Indoor Generation” to raise awareness of the importance of living in healthy homes and the small changes that everyone can make to improve their living environment and indoor air quality. It can be viewed here.

Here are six simple steps to make the air inside your home healthier: