< Back
Home | News And Events | Sunshine For SAD Sufferers 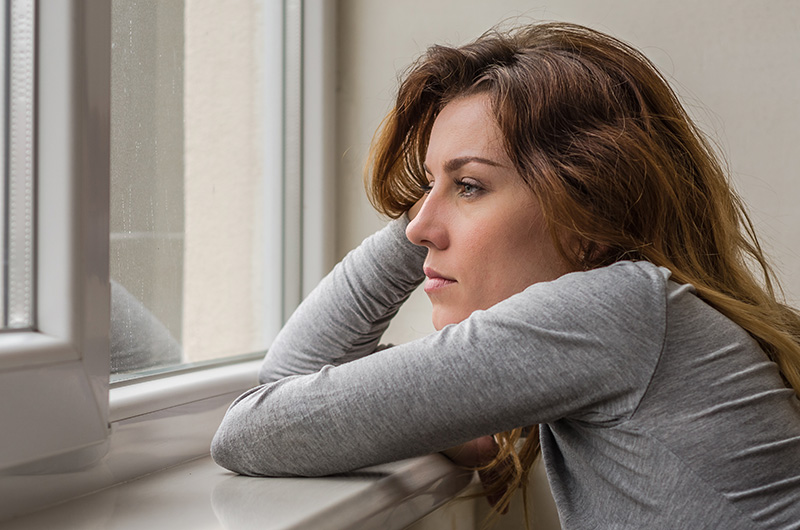 For years, Merril suffered through what he calls the "murky mess" of winters in Utah.

As the days grew shorter and clouds hid the sun for days or weeks at a time, Merril found his appetite for carbohydrates increased, his ability to get work done decreased, and his moods grew darker. "I'd fly off the handle at the least provocation," he says. "By February, my students let me know I was not fit to be around any more."

Out of desperation he'd head up into the mountains above the clouds and ski in the sunshine. After an hour or two he'd start feeling better. He attributed it to the change of scenery, getting himself out of the classroom and away from the work routine.

But about 15 years ago, Merril discovered the real cure wasn't the scenery, but the sunshine. His problem? A newly diagnosed condition called seasonal affective disorder.

Diagnosing Seasonal Affective Disorder
Seasonal affective disorder, or SAD, was first described in 1984 by Norman Rosenthal, MD, medical director of Capital Clinical Research Associates and the author of Winter Blues. Seasonal affective disorder is regarded as a kind of major depression and has many of the same symptoms: loss of energy, change in appetite, tendency to oversleep, difficulty concentrating, and irritability.

But unlike major depression, it occurs seasonally, usually beginning in September or October and lasting through March or April. Someone who has suffered these symptoms for two consecutive winters, but does not have symptoms of depression during the spring and summer months, probably has seasonal affective disorder.

Human beings have probably struggled with seasonal affective disorder since ancient times. It's no coincidence, says Rosenthal, that many cultures celebrate major holidays around the shortest day of the year -- and that these celebrations involve lighting candles.

According to the American Academy of Family Physicians, about 4% to 6% of people may have seasonal affective disorder.

Symptoms and Causes
People in northern latitudes, where there are fewer hours of daylight, suffer more than those in southern latitudes. Women -- especially between the ages of 20 and 40 -- appear to be affected more frequently than men.

"My guess is that three times as many women suffer from SAD as men," says Dan Oren, MD, an associate professor of psychiatry at Yale University School of Medicine and a researcher with the Department of Veteran Affairs. "We don't know why SAD is more prevalent among women, but it's a good guess that hormones are partly responsible."

The exact cause of seasonal affective disorder is not yet understood, but the role of the neurotransmitter serotonin is one of the "most promising" areas of research, according to Rosenthal. The body uses serotonin in manufacturing melatonin, the chemical that makes us sleepy. Concentrations of serotonin drop to their lowest levels during the winter and rise to their highest levels in summer and fall.

Researchers also believe there may be genetic factors, for seasonal affective disorder has been observed to run in families.

For those with mild cases, 30 minutes of exercise in the morning sun may be all that is needed to keep the winter blues at bay, says Levy. People with more severe symptoms should consult a physician, preferably one who's experienced in treating seasonal affective disorder.

"If somebody has been clinically depressed for a couple of weeks, he or she won't have the ability to go outside and exercise," says Levy. "And if they think they should be able to and they can't, they'll only feel worse."

Light boxes -- devices that provide bright artificial light -- are frequently prescribed for people with seasonal affective disorder. Patients spend anywhere from half an hour (preferably first thing in the morning) to two or three hours daily soaking in the artificial rays. According to researchers in Canada -- where every university hospital has a seasonal affective disorder clinic -- light therapy is effective in 60% to 90% of cases, and patients experience measurable improvement within a week.