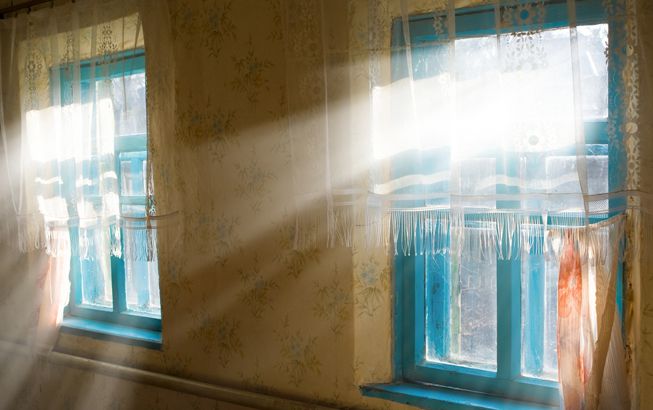 Sunlight is often the best disinfectant — metaphorically speaking — when it comes to government or industry transparency.

It turns out, however, that it may not be so metaphorical any longer, at least in terms of keeping actual bacteria in check.

A study published in the journal Microbiome found that rooms exposed to sunlight had about half as many viable bacteria dwelling in dust as those kept in the dark.

Let the sunlight in

Figuring out how to keep indoor bacteria in check is an ongoing fact of life, considering that many of us spend most of our time indoors. So we clean, using all-purpose concoctions that tout the ability to kill 99.9 percent of bacteria. Some of us, perhaps armed with a mask, even dust.

Dust isn't just a collection of hair, pollen, skin fibers and anything else that tends to settle in one place in a building. Dust also provides a home for all kinds of bacteria, and getting a grasp on how to deal with those homes can help us protect our own.

"Humans spend most of their time indoors, where exposure to dust particles that carry a variety of bacteria, including pathogens that can make us sick, is unavoidable," Ashkaan Fahimipour, a postdoctoral researcher at the University of Oregon's Biology and the Built Environment Center and lead author of the study, said in a statement released by the journal. "Therefore, it is important to understand how features of the buildings we occupy influence dust ecosystems and how this could affect our health."

Sunlight, like dust, is a common feature in any number of structures. (And to follow this thread a little deeper, read Lloyd Alter's take on the connection between sunlight and modern architecture over on sister site TreeHugger.0 We like windows to afford us some natural lighting and a view of something other than the man-made building we're in. So Fahimipour and his team decided to look at how sunlight could help control the dust-based bacteria population. To do this, they constructed 11 identical, climate-controlled miniature rooms that were designed with real buildings in mind. Each of these rooms were then seeded with dust collected from local Portland homes. The researchers then glazed the miniature windows to allow either visible, ultraviolet or no light at all to reach the rooms. The rooms were kept outdoors but the interior of the rooms were kept at room temperature.

After 90 days of exposure, the researchers took a look at how the bacterial communities fared in their respective lighting conditions. In the dark rooms, they found that 12 percent of the bacteria was still alive and able to reproduce, while the rooms exposed to daylight only had 6.8 percent viable dust bacteria. Rooms that received only UV light at 6.1 percent of viable bacteria.

"Six percent of millions of cells is still a lot of microbes," co-author Kevin Van Den Wymelenberg, co-director of the Biology and the Built Environment Center, told NPR. "Until now, daylighting [illuminating a building with natural light] has been about visual comfort or broad health. But now we can say daylighting influences air quality."

Before you pull up your blinds and throw away your dust rags, know that there's still plenty of work to be done on determining the best ways for light to help kill bacteria.

"Our study supports a century-old folk wisdom, that daylight has the potential to kill microbes on dust particles," Fahimipour said, "but we need more research to understand the underlying causes of shifts in the dust microbiome following light exposure. We hope that with further understanding, we could design access to daylight in buildings such as schools, offices, hospitals and homes in ways that reduce the risk of dust-borne infections."