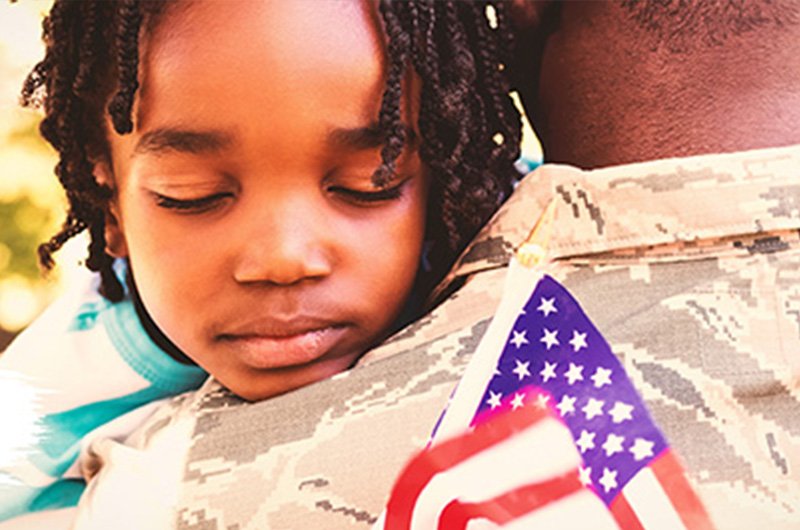 It takes truly courageous and patriotic men and women to dedicate one's life to serving their country. While out in the field, the risk of getting injured or worse yet killed is high, yet each year we have new brave citizens willing to voluntary enlist in our armed forces. On the other hand, each year we have many men and women leave the armed forces due to injury/ medical discharge. The injuries sustained by veterans are complex and in recent time one of the most notable among them has been PTSD. Sometimes though the first step in solving a complex solution can be a simple one...such as bringing more natural light into their homes.

Post traumatic stress disorder, or PTSD, is a diagnosed condition that can develop after a person is exposed to a traumatic event. Symptoms can include disturbing thoughts, feelings, or dreams related to the events, mental or physical distress, difficulty sleeping, and changes in how a person thinks and feels (woundedwarriorproject.org). According to this article, the number of veterans with PTSD varies based on the service era, but at least 10% of veterans yearly are diagnosed with PTSD. Many victims of PTSD relive the trauma in their thoughts during the day and in nightmares when they sleep. PTSD often leads to depression, and an alarming 22 veterans commit suicide daily due to trauma and stress experienced on the battlefield.

At Coastal Transformations, we are extremely thankful for the contributions of our service men and women. Because we know and science has shown how much sunlight can improve mood and brain function, we encourage everyone, especially those suffering from depression to bring more natural light into their homes. To everyone that has served our great nation, we say thank you!